What are heavy ions?

Therapeutic radiation is categorized into either a photon beam, or a particle beam. A photon beam is a kind of electromagnetic wave, and a particle beam is made up of high-energy ions. The former includes X-rays and gamma rays, and the latter includes protons and heavy ions, etc.

Heavy ions go through the human body at high speeds, leaving only a small amount of energy behind in the body tissue to a certain depth. They provide a large amount of energy just before stopping, making a dose peak. Heavy ions have two to three times higher cancer killing effect than X-ray and proton beams. 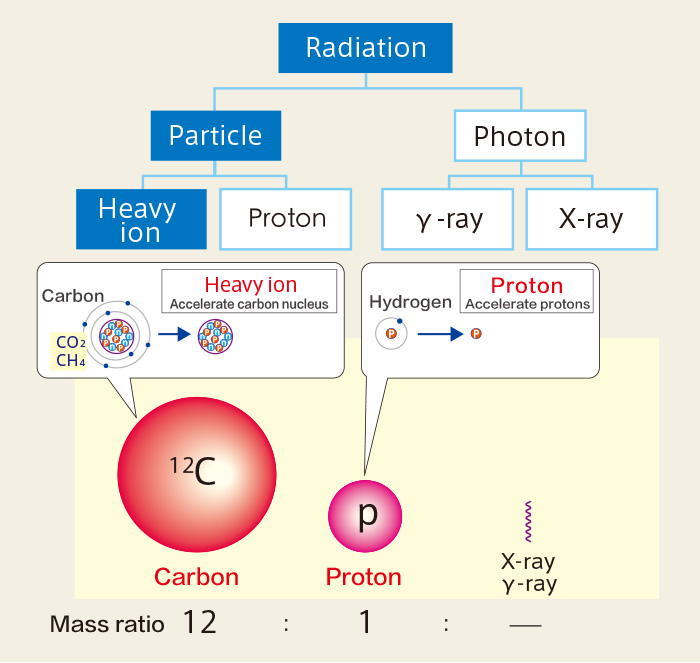 Dose distribution of heavy ions in the human body

With conventional radiation therapy such as X-rays and γ-rays, a large radiation dose is inevitably deposited near the surface of the body and the dose diminishes in strength thereafter. Deep-seated tumors will not receive sufficient damage and healthy tissue will also be irradiated.

On the other hand, heavy ion irradiation therapy can pinpoint the target with accurate irradiation according to their Bragg Peak, and deliver sufficient damage to target cancer while minimizing damage to healthy tissue.

Heavy ion and proton beams have characteristic called "Bragg Peak" which enables a high dose to be administered to the tumor while limiting the dose to the surface of the patient's body. 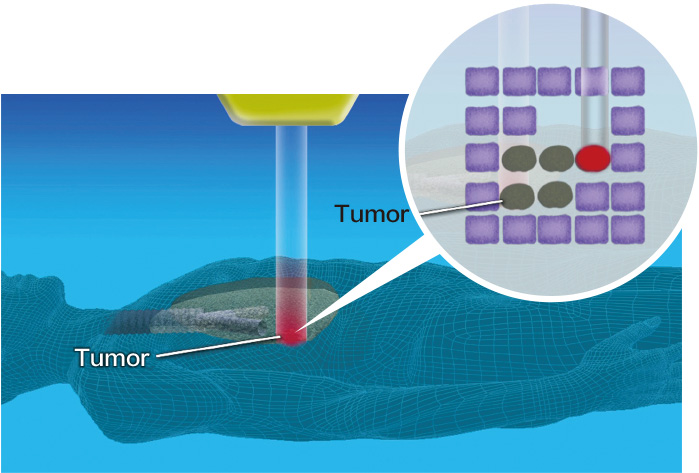 ■Dose distribution in vivo of various kinds of radiation 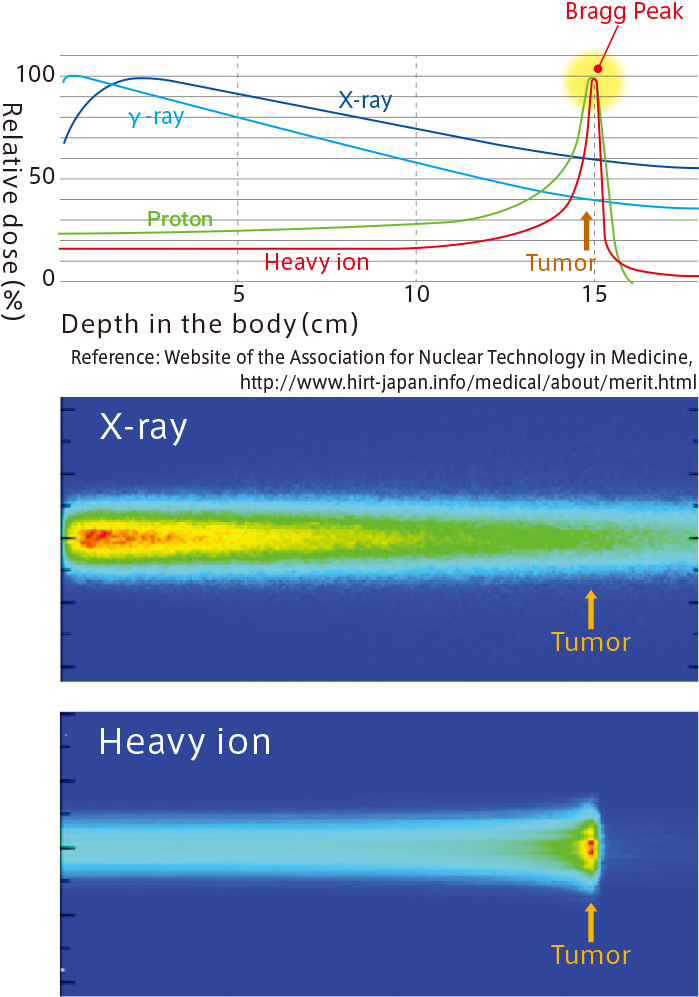 Depth in the body 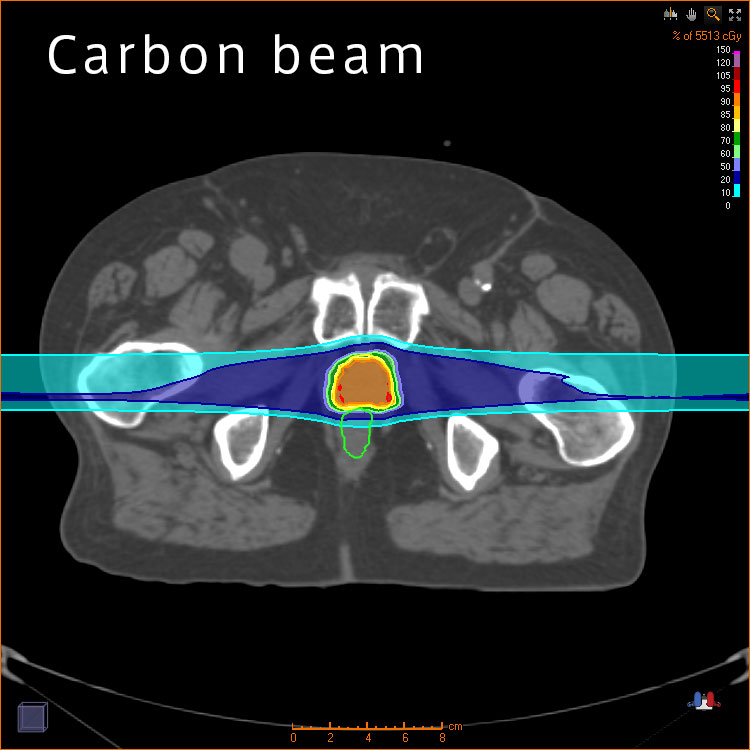 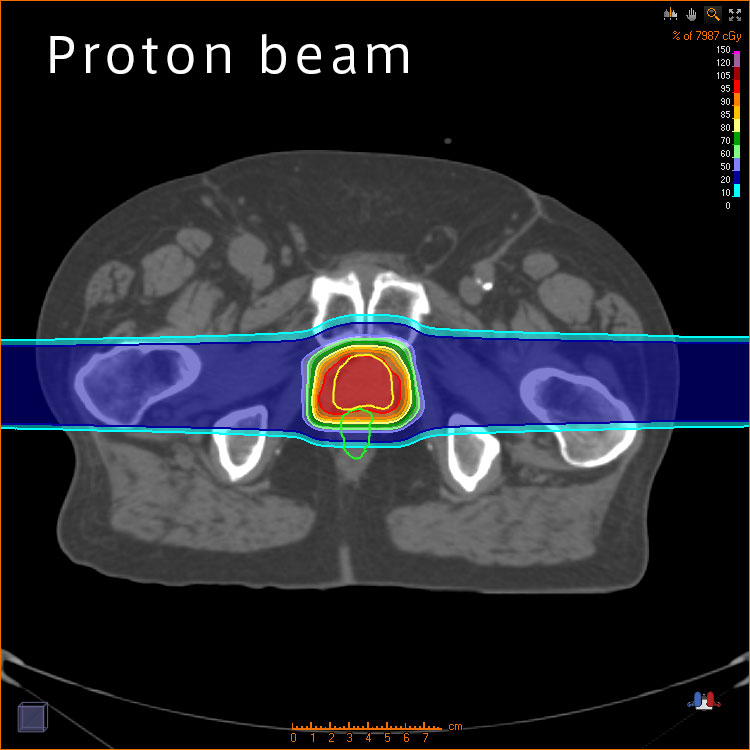 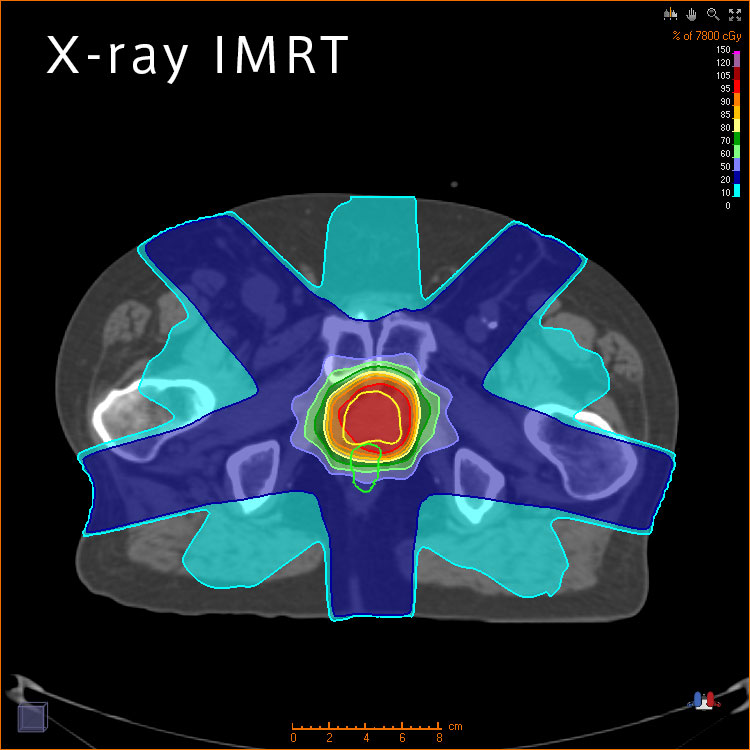 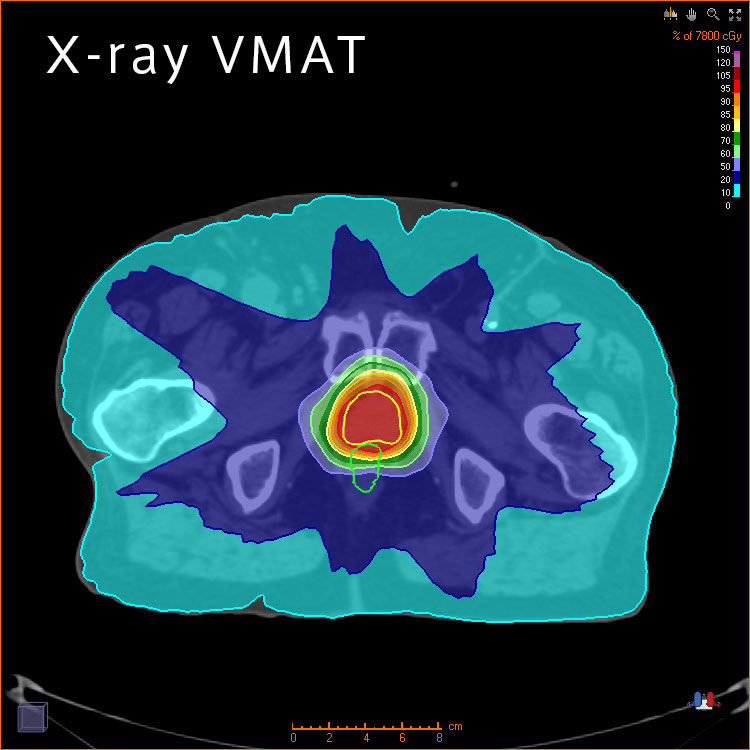 The conventional irradiation method is called ‘broad beam’. In this method, the beam is broadened three dimensionally with a scatterer and ridge filter and shaped by the patient specific compensator and collimator to fit the tumor shape. Depending on the cancer shape, this method causes a hot dose lesion in front of the targeted area.

The new irradiation method is called ‘scanning’. The scanning method makes conformal dose distributions, sparing the surrounding normal organs. And as an added benefit, because a patient specific compensator and collimator are not required, the treatment time is shortened. 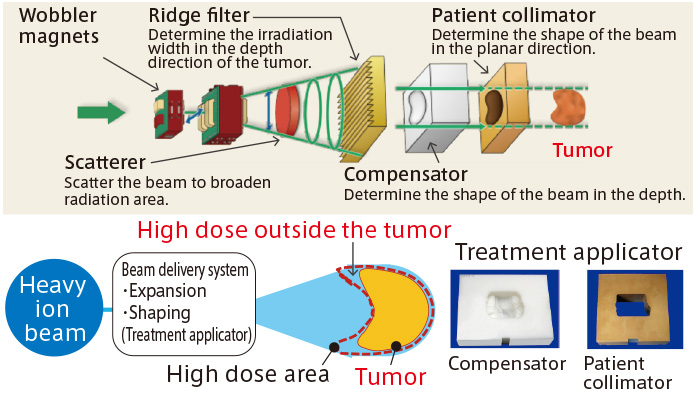 Tumors in lung, liver, etc., move by respiration. The Real-time image Gating system can get the tumor’s precise position in real time and make it possible to irradiate accurately.

The RTRT system consists of two X-ray imaging systems, a marker pick-up and distance calculation system and a beam gating system. Before irradiation treatment, gold markers sized 2mm in diameter are embedded near the treatment lesion and positional relations and distance between the gold markers and the treatment lesion are calculated by CT images. With X-rays from two directions, gold markers on fluoroscopic images are automatically extracted by pattern recognition technology, and the position of the tumor is periodically and repeatedly calculated. Only when the gold marker is in the range of about 2 mm in diameter from the planned position, the heavy ion beam can be irradiated and that makes it possible to treat with high accuracy even a tumor in respiratory motion. Compared to the conventional method of irradiating the entire area of a moving tumor, it can reduce the irradiation area and significantly reduce the irradiation to normal tissue by introducing the RTRT system. 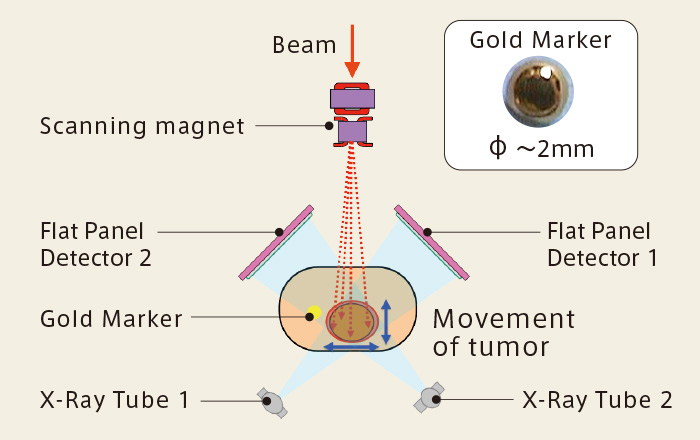